Adversary Proceedings We Take the Time to Listen

Information on Adversary Proceedings in Charlotte

Some bankruptcy cases are less straightforward than others. In some circumstances, one party may object to a part of the bankruptcy, such as a creditor claiming that a debt should not be forgiven because of fraud or when a creditor has reason to believe that the bankruptcy filer is abusing the system.

Not many bankruptcy cases involve adversarial hearings. But when a dispute does surface, it is important to be represented by a skilled bankruptcy lawyer. At the Law Office of Kimberly A. Sheek, I have substantial experience resolving disputes regarding bankruptcy debt in adversary hearings. As a Charlotte bankruptcy lawyer, I can navigate the intricate legal process with you and fiercely advocate on your behalf.

Most adversary hearings are initiated due to a dispute regarding the dischargeability of particular debts.

Some common reasons for adversary hearings in a bankruptcy case include the following:

Dealing with an Adversary Proceeding

If you have filed for Chapter 7 or Chapter 13 bankruptcy, the creditor may challenge a debt discharge. Since the dischargeability action is, in fact, a lawsuit against you, it is important to take prompt action and take it seriously. Your best bet will be to get the legal help of a Charlotte bankruptcy attorney to walk you through the adversary proceeding.

Guidance for Your Adversary Proceeding in Charlotte

The Law Office of Kimberly A. Sheek can provide hands-on guidance through each step of the bankruptcy process. I am a fierce litigator who can vigorously advocate for you in court and protect your financial interests.

Learn more about adversary proceedings. Contact my office at (704) 842-9776 to schedule a free consultation with an attorney. 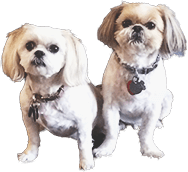 Backed by more than a decade of legal experience, Kimberly has been selected for the 2013 and 2016 Super Lawyers® list of Rising Stars℠, an honor that goes to only 2.5% of all North Carolina attorneys. She is known for delivering personalized legal support and fast, satisfactory results. Kimberly is dedicated to preserving her clients’ best interests through negotiations instead of going to trial, but if a trial is unavoidable, she then proves to be an aggressive litigator. See how she is qualified to represent you.